What is the scope of application of tungsten oxide WO3 powder?

Tungsten trioxide is a powder metallurgical raw material for the production of cemented carbide and tungsten products. 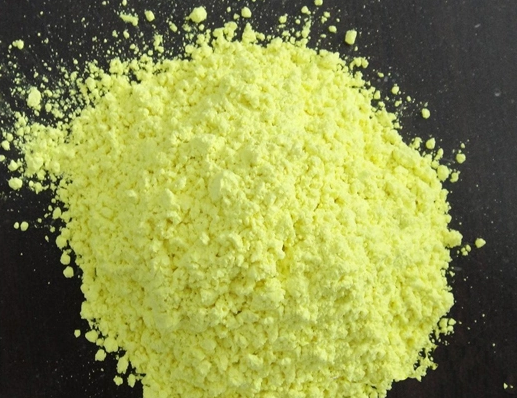 2. Hydrochloric acid decomposition method of tungstate. The saturated aqueous solution of tungstate such as sodium tungstate Na2WO4 and calcium tungstate CaWO4 is heated, and the solution is slowly added dropwise to 2 to 3 times the excess boiling concentrated hydrochloric acid by mole. According to the above reaction, yellow tungstic acid is precipitated. At this time, if the dropping speed is too fast or the liquid temperature drops, suspension or colloidal precipitation is likely to form, which will cause difficulties in the next step of processing. After dripping, heat continuously on the water bath for 1 hour, and the precipitate becomes easy to filter. After standing, it was washed several times with 5% ammonium nitrate aqueous solution to completely remove Cl-. After filtration, it is dried at 120°C, and finally heated to 600°C tungstic acid is completely dehydrated into tungsten trioxide.

Tungsten oxide is gas sensitive and is used to detect toxic gases such as nitrogen dioxide and ammonia. Tungsten oxide thin film gas sensors and tungsten oxide nanoparticle sensors have been prepared. The discovery of nano sensors has greatly improved the detection of low-concentration toxic gases.

Exposure to tungsten compounds irritates the upper respiratory tract and deep respiratory tract of a person, suffers from bronchial asthma and gastrointestinal dysfunction due to dust. It has a stimulating effect on the skin, causing small nodules and scales to appear on the skin. In the United States, the maximum allowable concentration of tungsten and soluble tungsten compounds (calculated as tungsten) is 1 mg/m, and insoluble tungsten compounds (calculated as tungsten) is 5 mg/m. Operators should use protective measures such as wearing anti-virus masks, gloves, glasses, and dust-proof clothing. Prevent dust leakage during use. Workers have to undergo pre-employment physical examinations and regular inspections.

Overview of tungsten oxide WO3 powder

Tungsten oxide WO3 is also called tungsten trioxide. Tungsten trioxide is an inorganic substance, chemical formula WO3, is a kind of light yellow crystalline powder. Insoluble in water, soluble in alkali, slightly soluble in acid. Used in the manufacture of high melting point alloys and cemented carbides, tungsten wires and fireproof materials. Tungsten ore and soda ash are co-crystallized and then prepared by adding acid. Tungsten trioxide is a light yellow rhombus crystalline powder. The color changes from light to dark when heated. The specific gravity is 7.16g/cm3, the melting point is 1473°C, the boiling point is 1750°C, and it sublimates significantly at 850°C and turns green when melted. It is stable in the air, insoluble in water and inorganic acids (except hydrofluoric acid), and slowly dissolves in ammonia and concentrated sodium hydroxide solution. The structure of tungsten trioxide depends on the temperature: above 740°C it is tetragonal crystal system, 330-740°C orthorhombic crystal system, 17-330°C monoclinic crystal system, -50-17°C triclinic crystal system . The monoclinic structure is the most common, and its space group is P21/n.

Tungsten has a long history, dating back to the discovery of the 18th century. Peter was the first to recognize the new element of the natural mineral tungsten, originally called tungsten, interpreting its element symbol as the chosen "W". The Swedish chemist Karl Scheelite is also responsible for discovering the mineral scheelite through his research.

In 1841, chemist Robert completed the first process of preparing tungsten trioxide and sodium tungstate. Soon after, his work was patented and he is considered the founder of the tungsten chemical system.

Tungsten trioxide is one of the most stable tungsten oxides. It is insoluble in water. Inorganic acids other than hydrofluoric acid can be dissolved in hot concentrated sodium hydroxide solution and ammonia water to form soluble tungstate. When the temperature is higher than 650℃, it can be reduced with H2, and when the temperature is 1000～1100℃, it can be reduced with C to obtain tungsten powder.

Application of tungsten oxide WO3 powder

Tungsten trioxide has many uses in daily life. It is commonly used in the manufacture of industrial X-ray screen phosphors and tungstate for fireproof fabrics. Because it is rich in yellow elements, tungsten oxide is also used as a pigment in ceramics and paints. In addition, other application examples of tungsten trioxide are as follows:

Tungsten trioxide is mainly used for calcining reduction to produce tungsten powder and tungsten carbide powder, and further used for the production of cemented carbide products, such as the manufacture of tools and molds.

And use counterweight and radiation shielding materials.

In industrial production, a small amount is also used as a colorant for yellow ceramics. In the shipbuilding industry, tungsten oxide is used as an important anti-corrosion paint and coating material.

Tungsten trioxide has been used to produce electrochromic windows and smart windows. These windows are electrically switched glass, and the light transmittance and applied voltage change. This allows users to tint their windows through changes in heat or light.