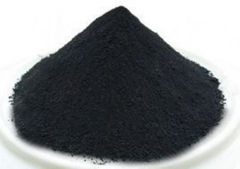 Graphene is a two-dimensional carbon nanomaterial composed of carbon atoms, which is hexagonal and has a honeycomb lattice. Purity>99% Single layer ratio:97%
Send Inquiry

Few layer graphene refers to a type composed of 3-10 layers of carbon atoms that are periodically and closely packed in a benzene ring structure (that is,hexagonal honeycomb structure)stacked in different stacking methods (including ABC stacking,ABA stacking,etc.)Two-dimensional carbon material.

The surface area of the single-layer graphene powder produced by our company is very large,500~1200m2/g.

What is the scope of application of few-layer graphene?

With the gradual breakthrough of mass production and large-size problems, the industrial application of graphene is accelerating.Based on existing research results,the first commercial applications may be mobile devices,aerospace,and new energy. Battery field.Graphene has a special significance for basic research in physics.It enables some quantum effects that can only be demonstrated theoretically before can be verified through experiments.In two-dimensional graphene,the mass of electrons does not seem to exist.This property makes graphene a rare condensed matter that can be used to study relativistic quantum mechanics - because massless particles must move at the speed of light Therefore,it must be described by relativistic quantum mechanics,which provides theoretical physicists with a new research direction:some experiments that originally needed to be carried out in giant particle accelerators can be carried out with graphene in small laboratories.Zero energy gap semiconductors are mainly single-layer graphene,and this electronic structure will seriously affect the role of gas molecules on its surface.The function of single-layer graphene's enhanced surface reactivity compared with bulk graphite is demonstrated by the results of graphene hydrogenation and oxidation reactions,indicating that the electronic structure of graphene can modulate its surface activity. In addition, the electronic structure of graphene can be correspondingly changed by the,induction of gas molecule adsorption,which not only changes the concentration of carriers,but also can be doped with different graphenes.

Graphene can be made into a chemical sensor.This process is mainly done through the surface adsorption properties of graphene. According to the research of some scholars,the sensitivity of graphene chemical detectors can be compared with the limit of single molecule detection. Graphene's unique two-dimensional structure makes it very sensitive to the surrounding environment.Graphene is an ideal material for electrochemical biosensors. Sensors made of graphene have good sensitivity for detecting dopamine and glucose in medicine.

At the Consumer Electronics Show, flexible screens have attracted much attention and become the development trend of mobile device displays in the future. The future market of flexible display is broad,and the prospect of graphene as a basic material is also promising.South Korean researchers have produced for the first time a flexible transparent display composed of multilayer graphene and a glass fiber polyester sheet substrate. Researchers from South Korea's Samsung and Sungkyunkwan University have fabricated a piece of pure graphene the size of a TV on a 63 cm wide flexible transparent glass fiber polyester board. They said that this is by far the largest "bulk" graphene block. Subsequently,they used the graphene block to create a flexible touch screen.Researchers say that in theory,people can roll up their smartphones and pin them behind their ears like a pencil.

New energy batteries are also an important area of graphene's earliest commercial use.The Massachusetts Institute of Technology in the United States has successfully developed flexible photovoltaic panels with graphene nano-coatings on the surface, which can greatly reduce the cost of manufacturing transparent and deformable solar cells.Such batteries may be used in night vision goggles,cameras and other small digital Application in equipment. In addition, the successful development of graphene super batteries has also solved the problems of insufficient capacity and long charging time of new energy vehicle batteries,which has greatly accelerated the development of the new energy battery industry.This series of research results paved the way for the application of graphene in the new energy battery industry.

Graphene filters are used more than other desalination technologies.After the graphene oxide film in the water environment is in close contact with water, a channel with a width of about 0.9 nanometers can be formed, and ions or molecules smaller than this size can pass through quickly. The size of the capillary channels in the graphene film is further compressed by mechanical means,the pore size is controlled,and the salt in the seawater can be filtered efficiently.

Graphene has the advantages of light weight,high chemical stability and high specific surface area,making it the best candidate for hydrogen storage materials.To

Due to the characteristics of high conductivity, high strength,ultra-light and thin, the application advantages of graphene in the aerospace and military industry are also extremely prominent. In 2014,NASA developed a graphene sensor used in the aerospace field,which can detect trace elements in the atmosphere at high altitudes and structural defects on spacecraft. Graphene will also play a more important role in potential applications such as ultralight aircraft materials.

The new type of photosensitive element using graphene as the material of the photosensitive element is expected to have a special structure to increase the sensitivity by thousands of times compared to the existing CMOS or CCD,and the energy consumption is only10%of the original. It can be used in the field of monitor and satellite imaging,and can be used in cameras, smart phones,etc. To

Graphene is used to accelerate the osteogenic differentiation of human bone marrow mesenchymal stem cells,and it is also used to make biosensors for epitaxial graphene on silicon carbide.At the same time,graphene can be used as a nerve interface electrode without changing or destroying properties such as signal strength or scar tissue formation.Due to its flexibility,biocompatibility and conductivity,graphene electrodes are much more stable in vivo than tungsten or silicon electrodes.Graphene oxide is very effective in inhibiting the growth of E.coli without harming human cells.

The price of few layers of graphene:

As a global supplier of few-layer graphene, Tanki New Materials Co., Ltd. has extensive experience in the performance,application and cost-effective manufacturing of advanced and engineered materials. The company has successfully developed a series of powder materials(including oxides,carbides,nitrides,single metals,etc.)high-purity targets,functional ceramics and structural devices,and provides OEM services.