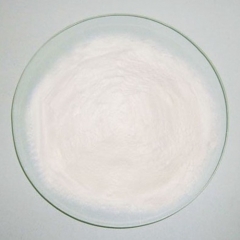 Gallium oxide is an inorganic compound with the chemical formula Ga2O3. Also known as gallium trioxide, it is a wide-bandgap semiconductor with Eg=4.9eV. Its conductivity and light-emitting characteristics have long attracted people's attention. Ga2O3 is a transparent oxide semiconductor material with broad application prospects in optoelectronic devices. It is used as an insulating layer for Ga-based semiconductor materials and as an ultraviolet filter. It can also be used as an O2 chemical detector.

What are the uses of gallium oxide Ga2O3?

Gallium oxide Ga2O3 Used as a high-purity analytical reagent, for the preparation of semiconductor materials in the electronics industry.

Gallium oxide has been used in the research of lasers, phosphors and luminescent materials. Gallium oxide is also used as a tightly connected insulating layer.

Monoclinic β-Ga2O3 is mainly used for gas sensors and luminescent phosphors, and can also be used for dielectric coatings for solar cells.

In semiconductors; gas induction; in the field of catalysis, gallium oxide is also used.

The application of gallium oxide nanostructures as blue and ultraviolet light emitters in optoelectronic devices.