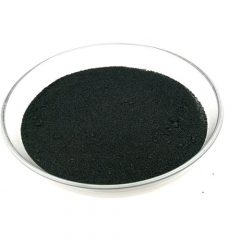 Chemical properties: Manganese dioxide is an amphoteric oxide.There are corresponding salts in the form of perovskite structures,such as BaMnO3 or SrMnO3 (obtained by compound reaction in a molten alkali system).There is also manganese tetrachloride.

What are the uses of manganese dioxide MnO2?

Manganese dioxide MnO2 is mainly used as a depolarizer for dry batteries, as a catalyst and oxidant in the synthesis industry, and as a colorant, decolorizer, and iron removal agent in the glass industry and enamel industry. Used in the manufacture of metal manganese, special alloys, manganese iron castings, gas masks and electronic material ferrites.In addition, manganese dioxide can also be used in the rubber industry to increase the viscosity of rubber.It can also be used as a catalyst in chemical experiments.

Organic synthesis use: Manganese dioxide is very useful in organic chemistry. The manganese dioxide used in oxides has different forms.Because manganese dioxide has multiple crystal forms,the chemical formula can be written as MnO₂-x(H₂O)n,where x is between 0 and 0.5,and n can be greater than 0.Manganese dioxide can be produced in the reaction of potassium permanganate (KMnO₄) and manganese sulfate (MnSO₄) at different pH. The brown manganese dioxide precipitate is very dry and very active.The most effective organic solvents include aromatic substances, carbon tetrachloride, ether, tetrahydrofuran and esters.