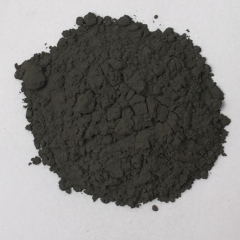 Arsenic sulfide is an inorganic compound with a chemical formula of As2S3, also known as arsenic sulfide. The ore is called orpiment, a common mineral of realgar (arsenic disulfide) and is a common "mineral man". Pure arsenic trisulfide is lemon yellow, belongs to the monoclinic crystal system, is composed of (As2S3)N layered lattice, melts into a red liquid at 300°C, and boils at 707°C without decomposing. Arsenic trisulfide is insoluble in water and mineral acids, but it is soluble in sodium sulfide, alkali metal hydroxides and carbonates. poisonous. Na3ASS3 is called sodium thioarsenite, and it can also exist in the form of impregnated NaASS2. Thioarsenous acid is unstable and easy to decompose

Arsenic trisulfide As2S2 is a semiconductor with a direct band gap of 2.7 eV. Its wide band gap makes it transparent to infrared between 620 nm and 11 μm.

As2S3 exists in two forms: crystalline and amorphous. Both forms have a polymer structure composed of triangular pyramid As(III) centers connected by sulfide centers. The sulfide center has dual coordination with two arsenic atoms. In crystalline form, the compound has a corrugated sheet structure. The bond between the flakes is composed of van der Waals forces. Crystalline forms are usually found in geological samples. Amorphous As 2 S 3 has no layered structure, but has a higher degree of cross-linking.

Arsenic minerals are mainly used to extract elemental arsenic and produce arsenic acid and arsenic compounds, such as calcium arsenate, sodium arsenate, lead arsenate and so on. In the metallurgical industry, it is used to make arsenic alloys; arsenic-lead alloys are used in the military industry to make bullets, military poisons and fireworks; arsenic-copper alloys are used to make radar parts and automobiles; in light industry, they are used to make milky white glass, Glass decolorization, wool soaking, tanning agents, and wood preservation; used in agriculture as pesticides, herbicides, rodenticides and other arsenic pesticides; arsenic products are called arsenic. Realgar concentrate powder can be used to make firecrackers and fireworks.

Arsenic trisulfide can be used as a pigment, reducing agent and medicine.

Since the refractive index of As2S3 is 2.45 higher than that of organic photoresist, and the Knoop hardness is higher, research has been made to manufacture photonic crystals with a complete photonic band gap. Researched the advancement of laser plate making technology, such as 3D direct laser engraving (3D DLW) and chemical wet etching, so that AS2S3 can be used as a photoresist to prepare 3D nanostructures.

AS2S3 and AS4S4 are used as treatment methods for acute promyelocytic leukemia (APL).

Amorphous arsenic trisulfide is used as chalcogenide glass in infrared optical devices. It is transparent between 620 nm and 11 μm.

The price of arsenic sulfide As2S2: